Each month, I post a wrap up of the books that I’ve read during the previous month, including the books that were part of the 52 Book Club Challenge that I’ve been participating in this year. My goal for the GOODREADS challenge for 23 is to read 100 books. So far, this year,  I’ve read 68 books, so am well on track to reach my goal.

This challenge is to read books according to 52 weekly prompts during the year. I’ve been quite challenged by a few of the prompts, but have enjoyed choosing books to fit. 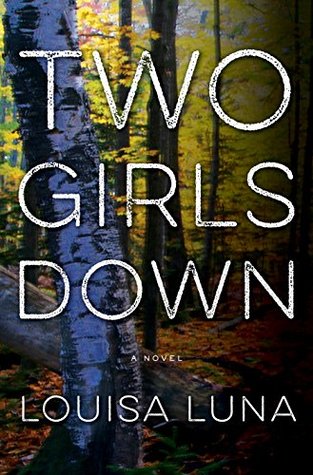 The first in the Alice Vega series. Two young sisters disappear in a parking lot at a shopping centre and Alice Vega is hired to help find them. Battling with the police, Alice hires disgraced ex cop, Max Caplan to help find the girls. Though this book is definitely not in the list of ‘best reads’ for me, it was action packed and kept me interested to the end. Alice is definitely an unlikely detective, but I’ve noticed that there are many similar young, gung-ho unlikely detectives appearing as heroines in crime novels lately. I’ve read a few lately, and am feeling a little tired of them as they feel very formulaic

Author with X, Y or Z In Their Name
Purity Of Blood by Arturo Perez-Reverte 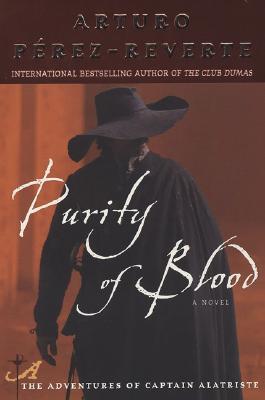 This book was sitting on my bookshelf, unread. It’s not at all the type of book that I would read, so I’ve been pushing it to the bottom of my reading pile. I came by it, when I bought a mystery box of new fiction books without knowing the titles.This book was like many in the box, totally different from anything I would normally read. The second in the advewnture series of Captain Alatriste, swashbuckling Spaniard. Alatriste is hired to rescue a young girl from a convent who was being forced to be the sexual partner of a priest. The story goes from drama to drama, until it becomes clear that the young girl is to be burned at the stake. A very action packed tale. Surprisingly I did enjoy this adventure story.

Addresses A Particular Topic – Swimming and Grief
Lisa: A Memoir – 60 Years of Love, Life and Loss by Lisa Curry #audiobook 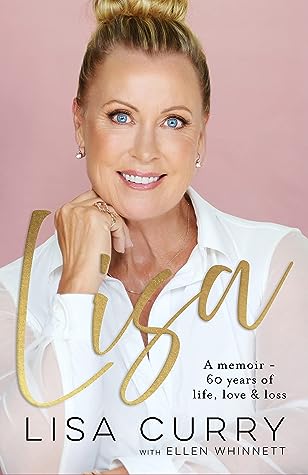 This is the memoir of Lisa Curry, well known Australian Commonwealth Games medallist. I was keen to read Lisa’s biography as I felt as though we grew up together, even though I am older. We had our children at about the same time, and Lisa was all over the cover of magazines at the time. I was also in awe of her swimming talent, and loved watch her compete. When  I heard that Lisa was narrating her own audio book, I decided that I would listen instead of reading.

Lisa’s life however, is much more than swimming. The first half was all about her childhood, her swimming career, her life after swimming, her marriage and her family. In the second half of the book, Lisa writes about the death of her daughter in 2020. As the mother of a child who died, I found Lisa’s grief, emotion, and sadness very difficult to listen to, but I couldn’t stop listening. Lisa’s grief was honest and raw, and I felt she said so much of what I would have said when my child died, if I had had the opportunity, or had I been brave enough to voice my feelings. I felt it was extremely brave of Lisa to narrate the book herself in what really is the early stages of her grief.

After listening to the audiobook, I’ve since also read the book. 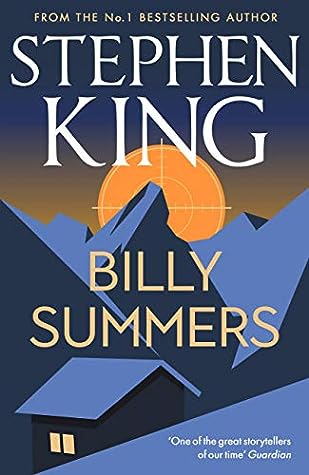 I’m a huge Stephen King fan and when asked my guilty reading pleasure always say anything written by him. Many think he just writes horror trash, but I think he’s a great writer and these days many of his books are not horror. Billy Summers is one of those books. Billy Summers is a killer for hire, with  a difference. He will only kill  bad people. He is a top notch sniper and decorated war veteran, but is ready to retire from the business of killing, after he does one last job. Of course, that job goes from bad to worse and retirement is looking much more difficult than expected. Billy is a lovable killer and beautifully written character. 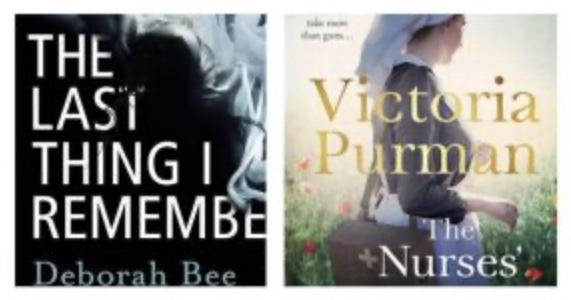 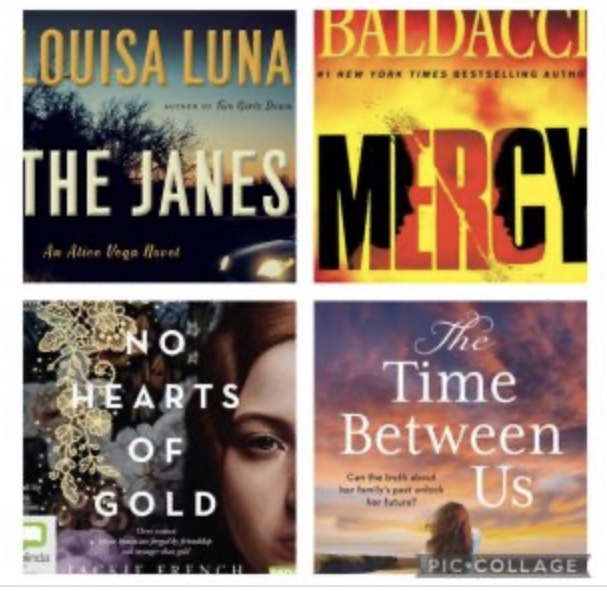 This book is the follow up of the book of  Two Girls Down, the first in the Alice Vega series. As with the first book, which I read for the book challenge, The Janes is action packed from start to finish.  I’m sure there will be further books in this series.

When I started to read Mercy I didn’t realise that it was the fourth book in a series. Once I worked that out, I almost stopped reading it, but I’m pleased I continued. Even though much has happened to the characters in the previous three books, I didn’t feel it affected my enjoyment of the book. There were plenty of explanations and back tracking, so I didn’t feel I was missing anything at all. The basic story is of FBI agent Atlee Pine who has been searching for her long lost sister for most of her life. Her sister, Mercy was abducted at age six, and never seen again. Atlee Pine, stumbled from one danger to the next in her search for her sister. I’m sure all four books in this series would be worth reading, but now that I’ve read the fourth and last book, I probably won’t go back and start with #1

No Hearts of Gold by Jackie French

Three strong women from various backgrounds meet and form an unbreakable bond, on a ship travelling to the new colony of Australia, in the 19th century. Coming from very different backgrounds, their friendship is very unlikely but endures for a life time in New South Wales. This historical novel is family saga, adventure, drama, romance, as we follow the lives of these women in gold rush Australia.

I felt that Jackie French wrote this book for me alone. It has everything I love in a historical novel – Australian history, gold rush, and women fighting against the odds to create a life for themselves. As issual for the author, this book was thoroughly researched and the characters brought to life on the page. I found it very unputdownable, as I do for most of her books.

The Time Between Us by Marina McCarron

Set in Normandy in 1937, a sixteen year old English girl has a whirlwind romance with an American. At the time Elise is tied to her very ill mother and living a life entirely based around caring for her mother. William sweeps her off her feet and then the war comes to their village. There are two storylines in this book. The other involves Lucy who, after the death of her grandfather,  goes to France to find out more about his life.

Historical fiction about World War two is my favourite genre and this one didn’t disappoint at all.

The Last Thing I Remember by Deborah Bee

Sarah wakes from a coma with no memory at all of what happened. When she discovers that her injury wasn’t an accident and that her attacker hasn’t been caught, her nmission is to find out who she is and what happened to her. As she lies in hospital, drifting in and out of consciousness she fights to wake and ask what has happened to her but she is trapped inside her coma, aware of what is happening but unable to communicate. I read this very quickly as I was caught up in the story and couldn’t put it down.

The Nurses War by Victoria Purman

Another historical novel about war history , this time about the nurses in world war one, and based on real experiences of actual nurses. We meet Australian nurses from different backgrounds, who chose to go to war, and nurse injured soldiers in England. The nurses are battling their war with science and healing, but still they are facing enormous challenges. Of course, I loved this book!

Please note that my star rating system isn’t at all based on literary merit, but is based on my enjoyment for the book. For me a book that gets five stars,  is a book that I really enjoyed, and found difficult to put down.

⭐️⭐️⭐️⭐️ Fantastic read. Not to be missed

⭐️⭐️⭐️ Enjoyable. Would recommend it.

⭐️   Don’t recommend this book at all.

What have you been reading this month? Can you recommend a great book? I love when we can have a conversation and will reply to all comments made.

This post is linked to the monthly #whatsonyourbookshelfchallenge linkup hosted by bloggers Deb,Sue, Donna, and Jo. Click on the previous links to check out what they’ve been reading. 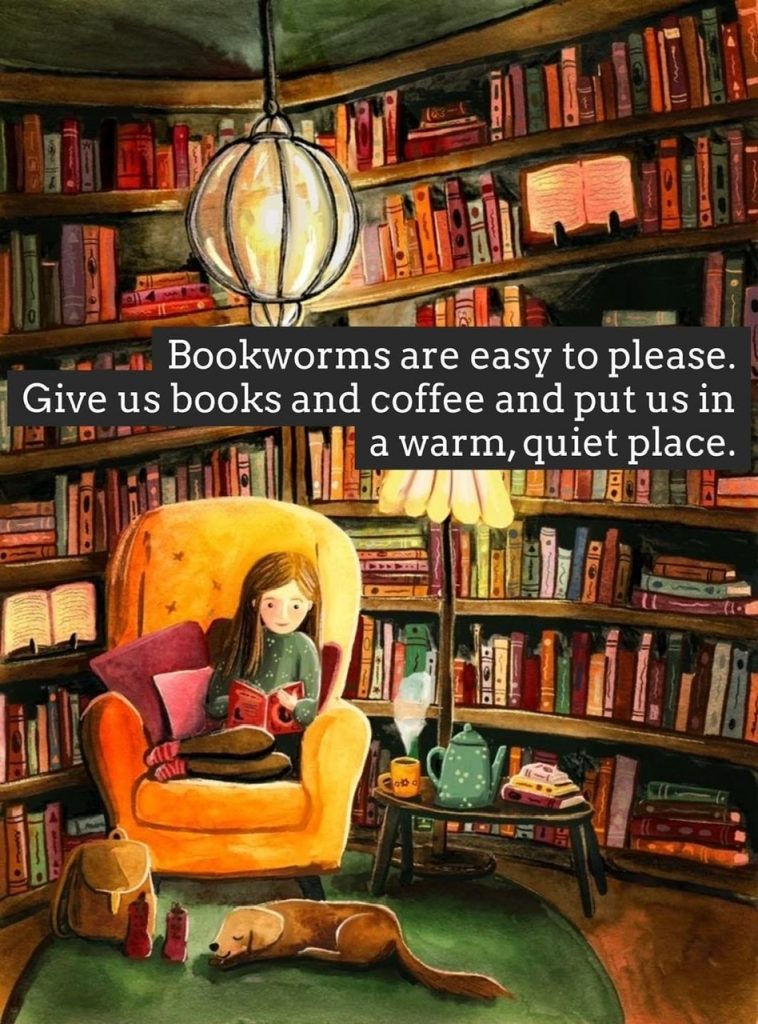