Hooray! The day has finally arrived that I’ve been able to get back on the bike for the first time since breaking my wrist and being stuck with the dreaded plaster for four months.

I tried to get back on the bike, just after the plaster came off, but my wrist was too weak. Had another try today, and it almost felt like normal. There was a little weakness there still, making it slightly difficult to change gears, but nothing to worry about or prevent me from riding.

So, for my first ride today,  I rode the O’Keefe Rail Trail for 20ks. Not a great distance, I know, but it was just a test ride to see how the wrist holds up. I’m hoping there will be no soreness or stiffness tomorrow, meaning that it will be ok now to start riding longer distances.

As most people know I feel like **** when I can’t ride, so finally there is a light at the end of the tunnel. I can now see myself riding regularly and getting my fitness back. Although, I’ve been  running and walking regularly, to me it’s just not the same as getting on the bike. 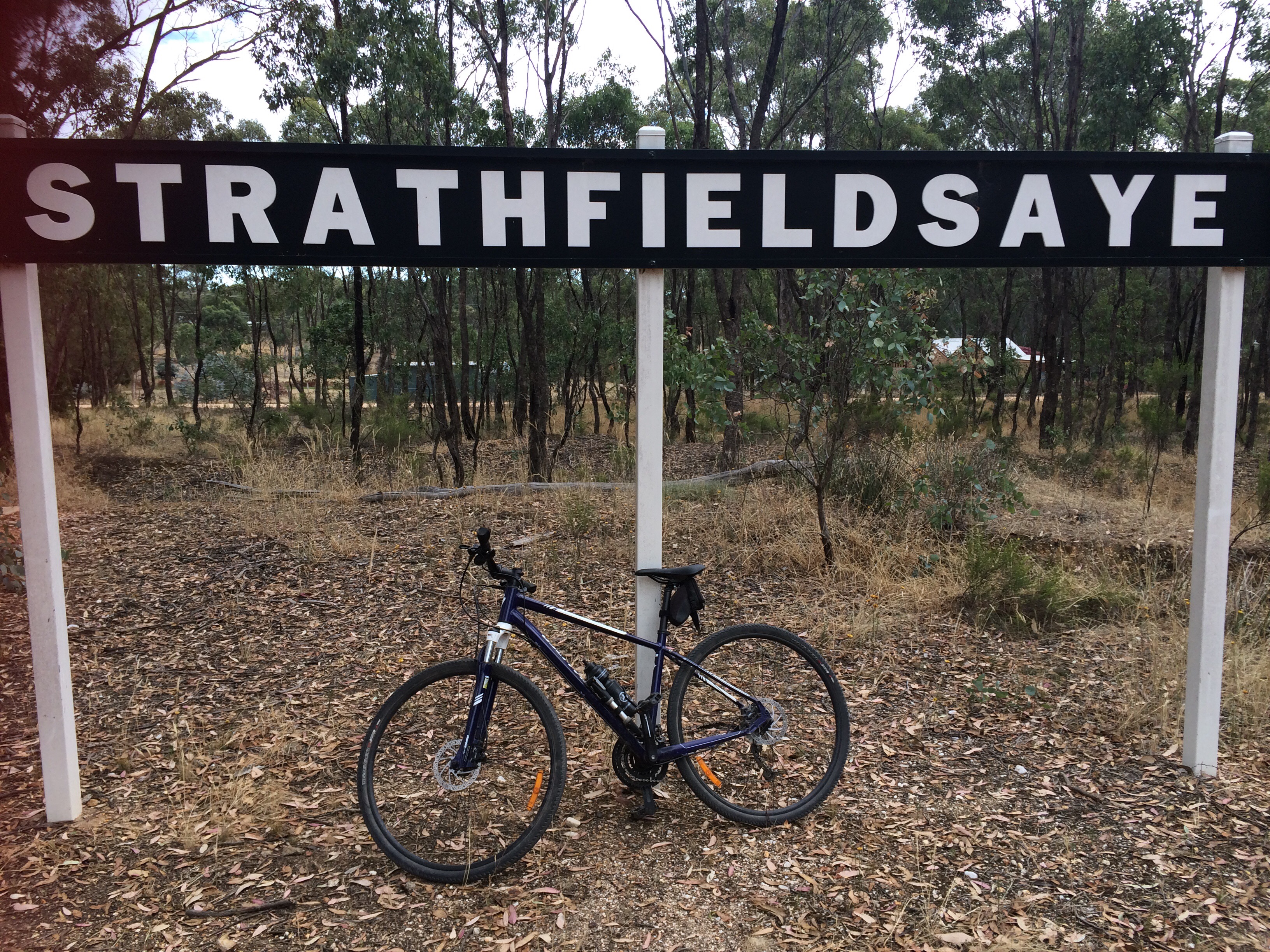 Quick photo stop along the way. Just to prove I was there.