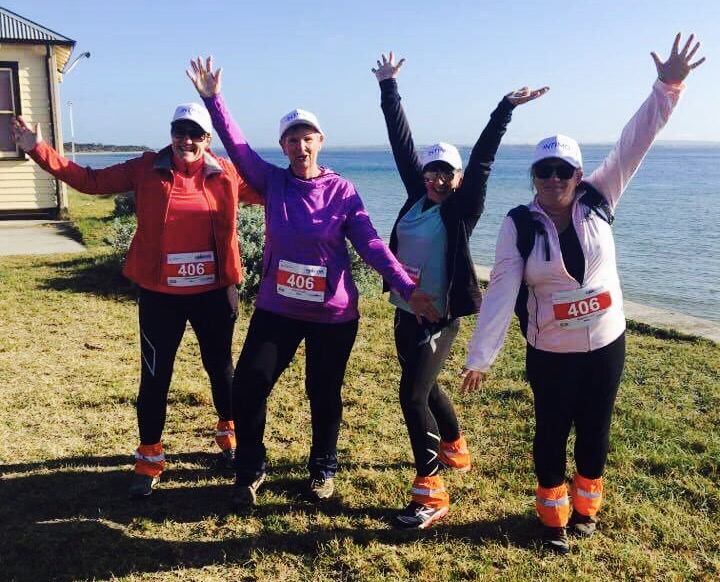 Finally the day  arrived. Melbourne Coastrek 2017. The day that team No Bounce Here had been training for and looking forward to for months.  We started the day off with energy and enthusiasm to burn which held us in good stead for what was to come.

The meeting place was at the Quarantine Station  at Point Nepean National Park.  From there we went by bus to the start line. We were in the 11am starting wave, so it was a later start than we would have preferred. But the late start allowed us time to have a leisurely cafe breakfast together and to fuel up for the day ahead.

All day we had beautiful views of the spectacular bays, beaches and cliffs, and the many historic sights. Many times we commented on how incredibly lucky we were to be there. It didn’t matter how tired we were, it was impossible to tire of the sights of the Peninsula. 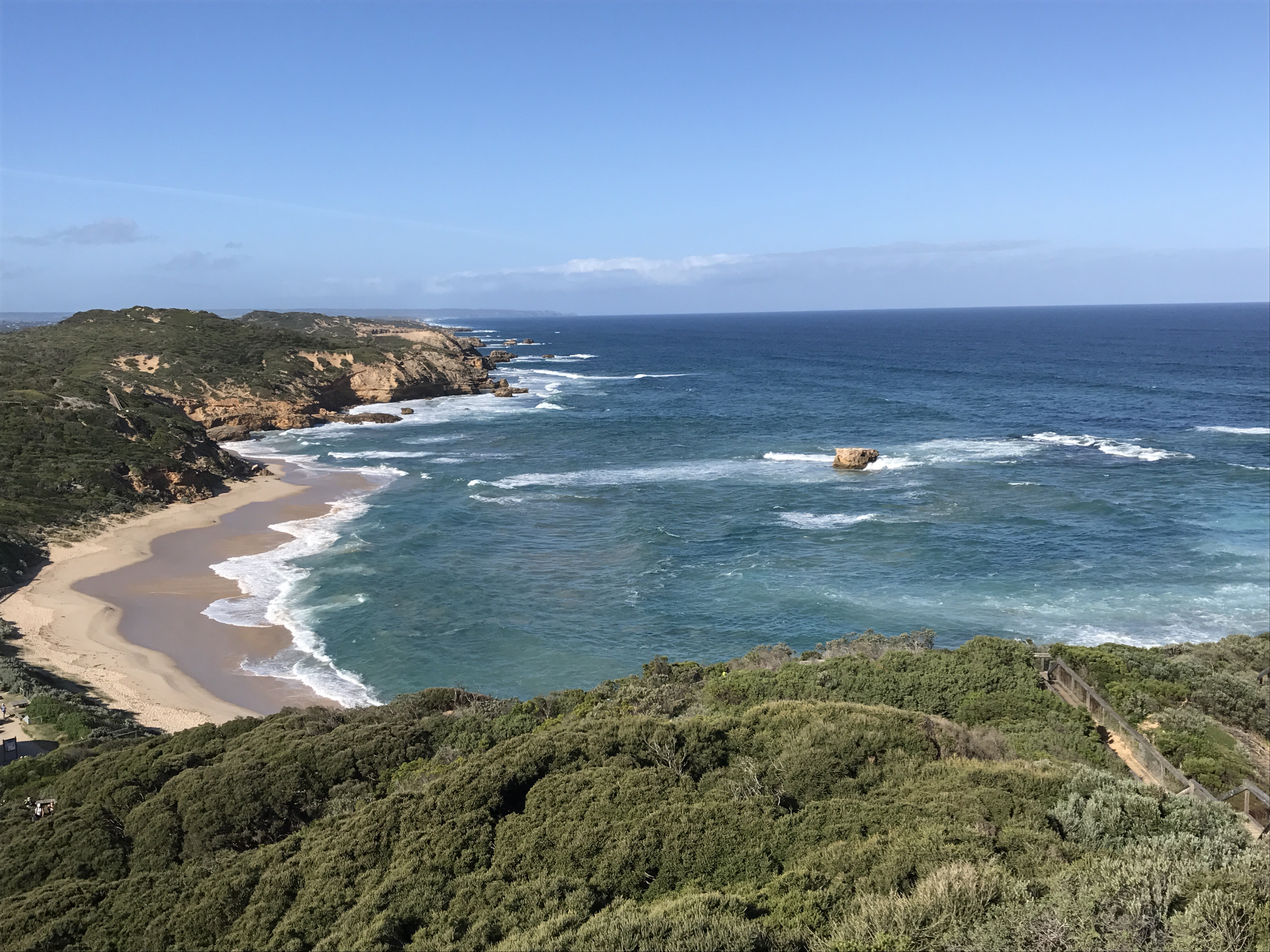 This was an incredible event which posed different personal challenges for everyone. For me the challenge was my dodgy knee. That knee that I thought, for a while, during the weeks of training, would see me having to pull out of the event, was really good to me on the day. However, eight hours of stairs, ascents and descents did make it a difficult day for me. I had no problems at all when we were on flat ground. However, there was very little walking on flat or sealed paths.

We did walk in the dark so torches were necessary, as we continued out trek through the scrubby coastline. And still, in the dark, the stairs continued. The last couple of kilometers were flat and on a sealed road in the Port Nepean National Park. It felt so good to stretch the legs out and just walk without worrying about stairs or going up or going down, as we had been doing all day. 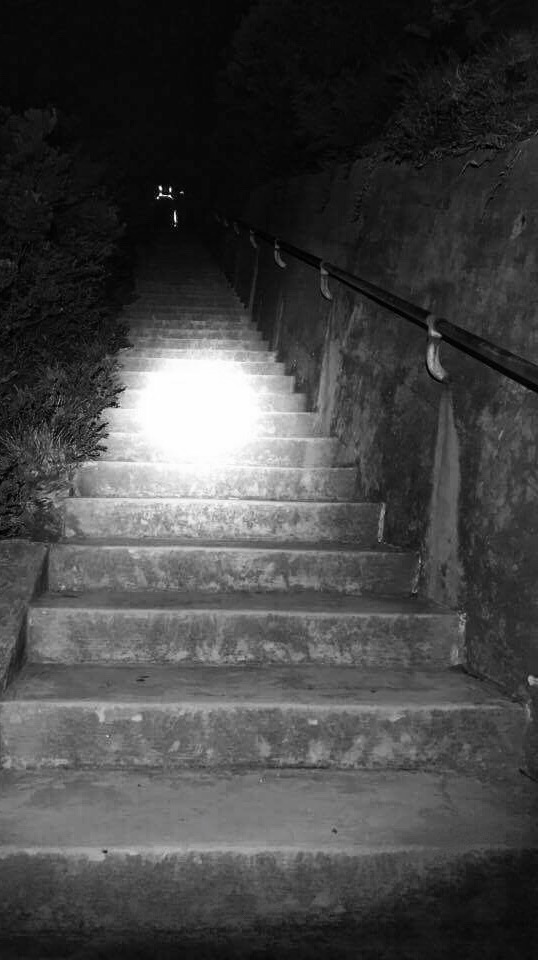 The late start meant a late finish. We were very relieved and happy to cross the finish line just after 7pm. 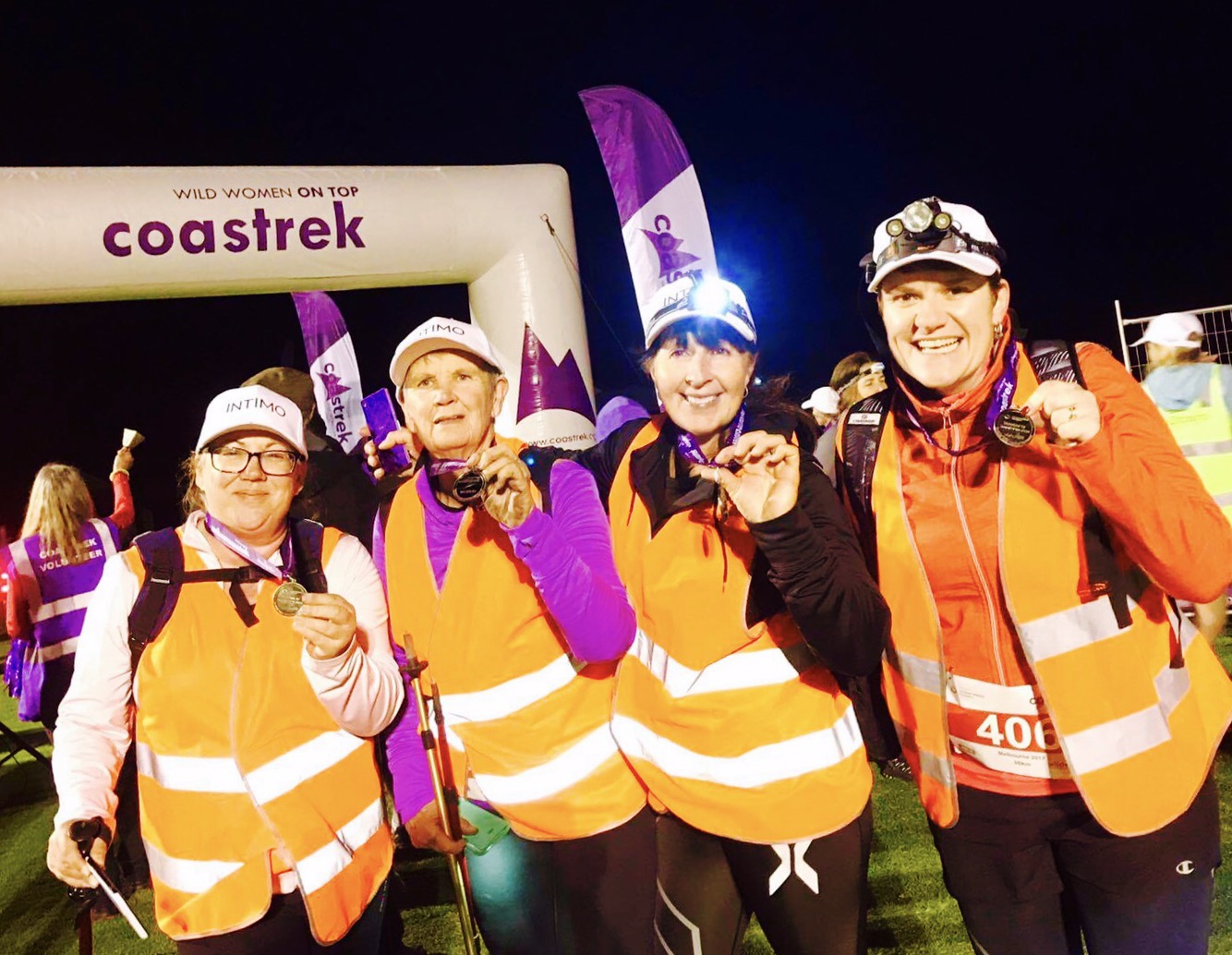 This gave time to shower and then start the huge celebrations we had planned.  Our Coastrek effort had resulted in over 440 calories being burnt off, so we were able to have a huge meal without any guilty feelings at all. As it turned out, those huge celebrations were much smaller than expected. We were all feeling quite tired and it wasn’t long before we called it a day and trudged wearily off to bed. 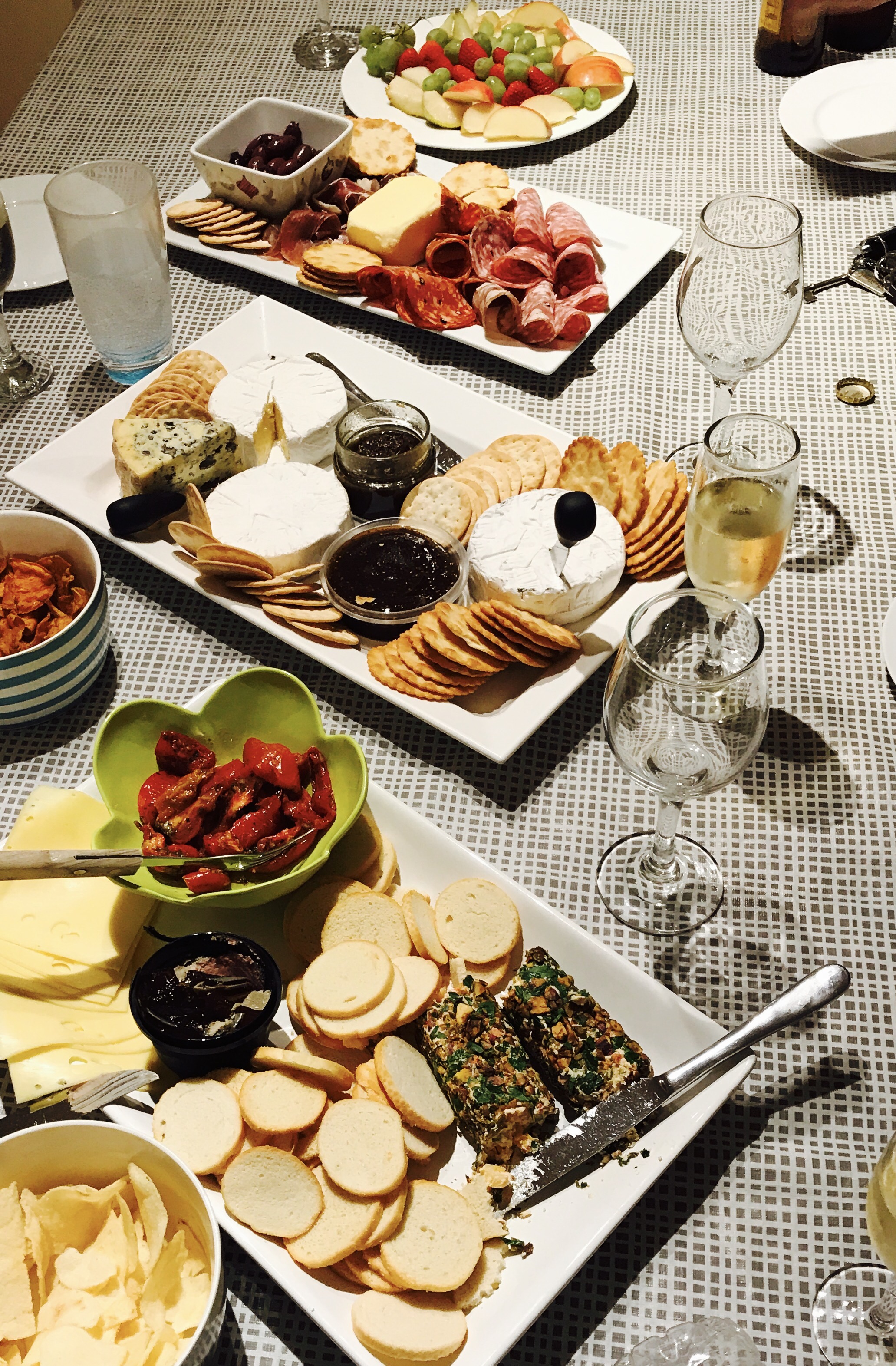 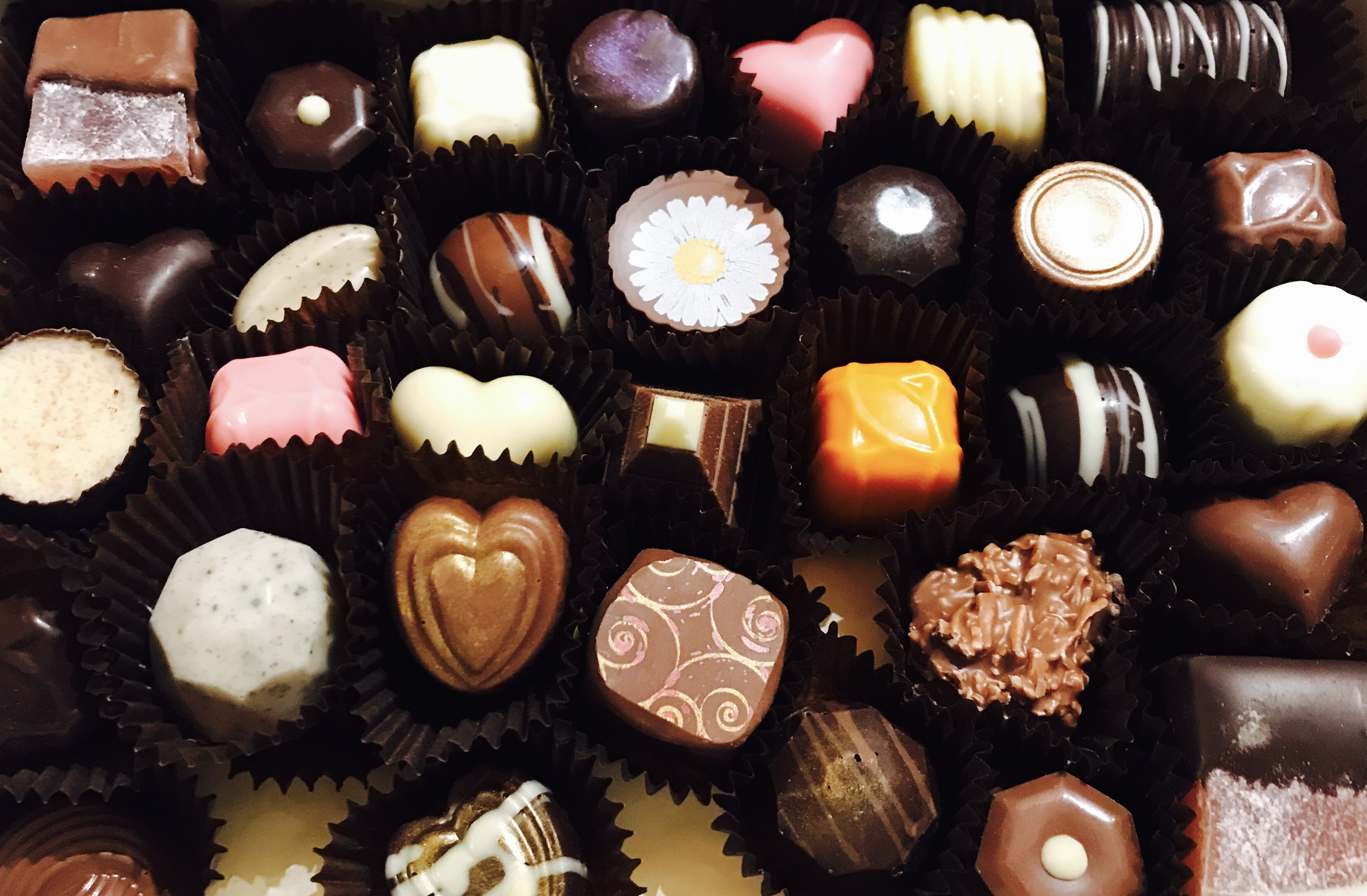 So how did I pull up? The next day I felt great and the dodgy knee was fine. I was quite tired by the end of the day, but there have been no after effects at all. Good news!

Just a few statistics: Over 1850 people participated in Coastrek, with an incredible $1,323,243 raised so far for the Fred Hollows Foundation.

So for the big question. Would I do it next year? At the moment the answer is maybe. If you had asked me immediately after the event, I would have said no. Most definitely, no. But, as the days pass by, I’m mellowing just a little. I did love the event and the day.

The huge highlight apart from the views and scenery was our team. Team No Bounce Here were awesome. We were a fantastic team and we all showed great support for each other on the day.

Just a reminder that Coastrek Melbourne, is a fundraiser for the Fred Hollows foundation. I have a few more days to add to our fundraising target. As a team we have reached our target, but I haven’t quite hit it personally yet.

From the website: “We see a world in which no person is needlessly blind and Indigenous Australians exercise their right to good health”

If anyone would like to donate to our team just go to my page here with all donations being tax deductible in Australia. Thank you very very much in advance. Any donations are much appreciated by me and by the Fred Hollows Foundation