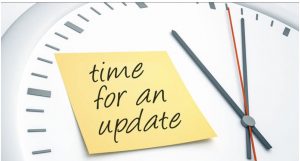 Firstly, a quick update on my broken arm. It’s mended really well, and last week, I was given the go ahead, by the physio, to drive. That was exciting! I’ve been having physio weekly, and each time had to do a strength test. I was told there would be no driving until I passed this test. It’s taken me three weeks to pass that darn test.

Being able to drive again, meant that I finally had to make the decision on whether or not to go back to work. I’ve been trying to make up my mind for weeks. Each time I thought I’d decided, I would change my mind again. It’s now been exactly one year, since I stopped working,  due to Covid. As I’ve said many times here, I really did love being at home for the past year. For most of that year, I thought that I probably wouldn’t go back to work, but didn’t make a definite decision. I decided to stop thinking about it, and trust that I would know, when I knew.

At the moment the physio told me that I could drive again, I immediately knew that I was ready to return to work. I have a 50 minute drive, both to and from work, so there was no way I could return until I could drive.

My first day back at work was on Friday last week. I will only be working one or two days each week which is all I want. I really didn’t want to go back to working long hours, so I think a day or two each week will suit me well, and help me transition to retirement. Since being back,  I am positive that I made the correct decision.

When I stopped working a year ago, my job had become very stressful, due to Covid. Customers were cranky and frightened of what the future may hold.  Now that I’m back, I’ve been remembering how much I loved my job pre-Covid, and still do. When I no longer love it, I will know that it’s time to stop and fully retire. Secretly, I would love to keep working until I’m 70, which has always been my plan.

With March came the end of summer and the beginning of autumn. Usually, I would say I was happy to see the end of a long hot summer and many days of high fire danger. But not in 2021. We have had a very mild summer, and though there have been high fire danger days, they have been very few. This summer is the mildest I can remember for many, many years. I’m always happy to see autumn arrive, and with it, the cooler mornings and evenings. We had much more rain in March than we have had for many years. Over a three day period there was 100mls, which is almost unheard of here.

The drop in temperatures, very quickly gives the garden a reprieve from the heat. I’ve been very busy in the garden, tidying up from the mess that has dropped over summer, and lightly pruning the roses. This isn’t the main prune, just a light one to encourage the autumn flowering, which is now beginning. I planted 100 bulbs last week, a mixture of King Alfred Daffodils and Erlicheers.

There are many bearded irises in our garden, and over the past few weeks, I’ve been digging them up, dividing and replanting them. I’ve made a new iris garden under the clothesline and can’t wait to see it flowering. The vegie garden is between seasons, but we are still picking, lettuce, silverbeet, rhubarb, tomatoes, zucchinis, bok choy and strawberries. Over the weekend I planted snow peas, peas and carrots.

Now that the high danger of Covid is on hold here, and hopefully over, we are starting to think about getting out and about. Twice we’ve been out for breakfast with friends, and one time we had dinner with my cousin and his wife, who live quite close by. They are the only family I have near me, so as well as valuing their friendship, I value having them close by as family members.

We haven’t done much else except go to the market each Sunday, but it’s really great to get back to some kind of normality, even if it is Covid normal.

My fingers are crossed to be able to see my son and grandchildren in Queensland, hopefully in the near future. At the moment, I’m not brave enough to travel, in case there’s an outbreak, causing borders to be closed, stopping me from getting home.

I’m cheering that autumn sees mandarins back on the supermarket shelf. Now that I’m back at work, they are my favourite snack to take to work. I made an Apple Rhubarb Ginger Crumble with the rhubarb from the vegie garden, and first season apples from the young apple trees. It was amazing! So amazing that I forgot to take a photo. The photo below is from the website where I came across the recipe.  I added apples to the recipe as I only had a few stalks of rhubarb.

Here’s the link to the recipe: Rhubarb and Ginger Crumble

My March reading has mostly been non-fiction, with my favourite being London Bridge In America by Travis Elborough.  This was the story of how, and why, in 1968, a 130 year old bridge was shipped from England to America. It sounds very dry, but I really enjoyed it.

I’ve continued walking most days while trying to increase both distance and intensity. I’m feeling very unfit due to time taken off walking, with after my broken arm, so I’m just working at getting my fitness back. The arm has also meant that I’ve been unable to ride. I drew a line in the sand this week, and decided to just get back on the bike for a test ride, without worrying about speed or anything else. I’ve only done a short ride and it went well, so will be riding more frequently from now on. I’ve been back on the spin bike for a couple of weeks, and it’s working well. Between the spin bike and the rail trail bike, I’m hoping to have my cycling fitness back sooner rather than later.

I don’t sleep well at the best of times, and haven’t done for a few years now. Though lately, I haven’t been sleeping as well as I’d like, I am sleeping much better than usual. I have no idea why, so am trying not to question it. I’m not doing anything differently at all to cause better sleep, as I gave that up years ago.  I’m hoping that  the non-sleeping is just something, like a stage, that will go away. At the moment, I’m happy to be getting a few hours sleep each night, which is much more than I would have had in the past.

April A to Z Challenge

The A to Z Challenge is well into it’s first week, with it going well for me so far. This year, I was very organised, and had each  post completed, edited and ready to going by the time 1st April arrived. In the past, I’ve been fairly organised, but have always left quite a bit until the last minute. Being organised means I have more time to visit other blogs, which is something I love to do during A to Z, but sometimes struggle to do. I’m participating in the challenge on my family history blog, with the theme Newspaper Articles About My Family. Here’s the link, if you feel you’d like to take a look: Tracking Down The Family

Easter has been very quiet,  with time in the garden, reading, walking and one day of work. Of course there have been Easter eggs!

Has March been kind to you? I’d love to hear about your highlight and promise to reply to all comments. 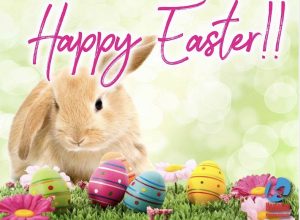