Finally, after more than three months, the plaster came off my arm, five days ago.

It was such a relief to get it off, even though the arm felt very vulnerable without it. Gradually, each day, I’m getting more strength into my wrist, along with an increasing range of movement.

I have been worried that it’s not as strong as it should be, and also very concerned that I will never be able to cycle or lift weights again .

I don’t mean to sound like a drama queen, but since the injury occurred in August, I’ve become less fit, heavier and weaker. My stress levels due to lack of exercise,  have been going through the roof.  I’ve been really worried about how much further I would fall into the abyss without cycling or being able to lift weights. Slightly dramatic I know.

So today, I saw the Physio, who informed me that my injury has improved much more than he would have expected. I came away with exercises to do daily and strict instructions to do no cycling, lifting weights or swimming, until I see him in two weeks.

This very young physio seemed to understand how important an active lifestyle is to me. So just for a change, I’m going to do exactly as I’m told for the next two weeks.

Hopefully, then he will be able to get me started on a very light gym program. My fingers are crossed! 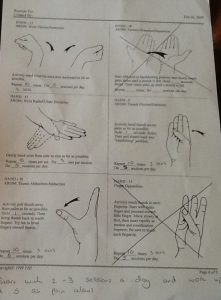 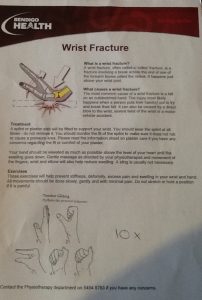