Today is the anniversary of the death of my son, Craig. Craig died, age 18, when the car he was driving collided head on with a fire truck.

The accident happened on a hot Thursday afternoon at 5pm. Any parent of an 18 year old worries about their children on the roads. I always worried at night about accidents, but never really worried too much about an accident happening during the day.

Craig’s friend Fiona was in the car with him and she also died. I cannot describe the pain of feeling responsible for the death of another family’s daughter.

The coroner found that Craig wasn’t speeding and there were no alcohol or drugs involved. He found that this was a true, rare accident and he couldn’t find a cause at all. The only explanation he could come up with was that maybe Craig took his eyes off the road to adjust the radio. Or perhaps he turned to look at his dog, or to talk to Fiona.

Whatever the reason, the accident happened and it took the life of a good boy, who never had a chance to be an adult. Craig was beginning to blossom when his life was cut short.

Today I am remembering the fun times, as Craig was a very funny kid, with a layback Aussie demeanour and a very dry sense of humour. Craig loved kids, and bikes. He always seemed to be surrounded by younger kids and bikes would always be involved in the fun.

Today marks 19 years since Craig died, and as he died at age 18, he has now been gone for longer than we had him. Craig would now be 37 years old, and I am sure he would be a Dad by now. I do often wonder what kind of person he would be.

On this day 19 years ago the world lost a precious, kind, soul. And a small piece of me died with him. 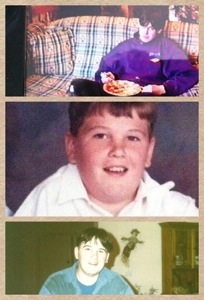