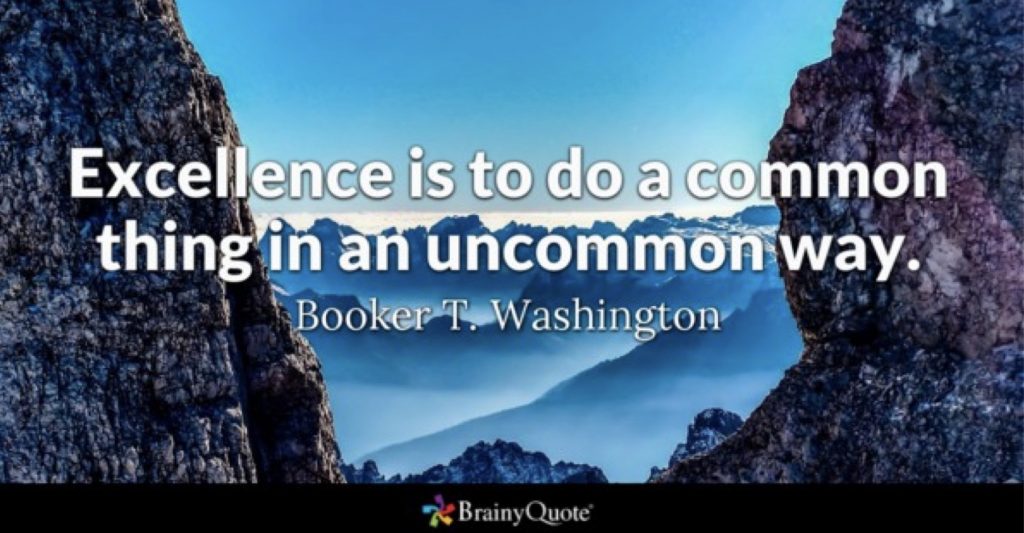 The Excellence Series is another of Craig Harper’s amazing events. Due to the times we are living in at the moment, the event was virtual. Having a virtual event is much more convenient for me, as I’m two and a half hours away from Melbourne where these events are usually held. The Excellence Series is a series of four highly respected thinkers, educators, motivators and speakers.

They are also regular guests on Craig’s podcast, The You Project. I love this podcast and never miss an episode. Over the years, I feel as though I’ve come to know these guests well, so spending a couple of hours with them, in the comfort of my own home felt like an honour. The event is held over four weeks, with one speaker each week.

The first speaker was Paul Taylor, an educator and motivational speaker from Melbourne. Paul is Irish, and a former British Royal Navy aircrew officer, where he was involved in rigorous combat survival training and resistance to interrogation training. He is  an exercise physiologist, nutritionist, neuroscientist and director of the Mind Body Brain Performance Institute. He is also the founder and former owner of The Personal Training Academy. Added to these qualifications and experiences, Paul is a leadership trainer and has worked with many large corporations including Tennis Australia, Coca Cola, NAB, Flight Centre, Country Road and many more.

Paul speaks very fast and fits a huge amount of information into his talks. I was writing as fast as I could, while still being present to his message. Much of what Paul talks about is probably more applicable to people with high powered careers, or perhaps at the beginning of their working life. Even though neither apply to me, most of my goals revolve around health and fitness, and so much of what Paul says can be applied to this area of my life. I loved listening to him, and just picked and grabbed the tips that were applicable to me.

Listed below are a few points from Paul’s presentation, that I would like to take into my every day life, particularly in the area of health and fitness. These points are very brief, but in the session Paul gave an enormous amount of information on each tip. I could write pages covering the information that I soaked up. Actually, I did write pages.

Something interesting to ponder: The inflammatory consequences of psychological stress. Over the past few years, I’ve had quite a bit stress, much more than in the past. After listening to Paul, I’m wondering if it’s perhaps not a coincidence that during this time period, I’ve had a string of physical injuries. Could the psychological stress be affecting my physical stress?

After listening to Paul speak, I immediately made a change to my daily routine that I’ve been trying to make for the entire time I’ve been in isolation. Though I’ve been going to the gym, I haven’t been going early in the morning, as I previously did, and as I know works best for me. I’ve been telling myself that it’s ok to stay in bed longer, as we are in isolation, so I have all day to get it done. But the big story I’ve been telling myself is that this winter is too cold. As I listened to Paul speak, I had a light bulb moment. To get to my home gym, takes 30 steps from my back door! I was sure that even I, who hates the cold, could endure that. Since then, I haven’t missed an early morning gym session.  I’m feeling quite proud of myself for it.

The video below shows Paul Taylor speaking about the affects of exercise on the brain. This isn’t the conference I have just attended, but the subject matter of the video touches on a few  points that Paul covered in the Excellence Series.

A message from Paul: “Nobody is coming to sort you out. It’s all up to you and the choices you make”.