I’ve now had my new e-bike for four weeks. I’ve ridden it often, so am slowly getting used to it. I’ve ridden a very light weight road bike for most of my adult life, so I came very slowly to transitioning to an e-bike, which is much heavier. I hadn’t been riding regularly for a few years due to injury, but still couldn’t bring myself to try an e-bike. In my ignorant mind, an e-bike was for people who weren’t ‘really’ cyclists. My other constant thought was that if it came to me having to ride an e-bike, I would stop riding because after all an e-bike wasn’t a ‘real’ bike, and was simply passive exercise.

On the spur of the moment, I popped into the bike shop belonging to the person who previously serviced my road bike. He was now in his own business, and specialised in e-bikes, and was quite close to where I live. After having a chat with him, I started to come round and it was only a few days, until I was picking up my own e-bike and wondering what on earth I’d done, and how I would ever ride this bike, that I knew very little about.

Up until now, I’ve ridden my new bike, about three times each week, and would have ridden it more, if only the rain here would stop. We’ve had a very wet few weeks, which has really put a dampener on plans. Now that I’ve clocked up a few kilometres, I’m starting to understand the bike more than I did at the start. All I knew then, was that the bike was heavy, and I would have to learn about the gearing and battery settings. Riding this bike is so different to riding my road bike, which only weighed 7.5kg. The e-bike weighs about three times that weight, but I’m no longer put off by that as I’ve realised that the battery helps to make up for the weight.

Before the e-bike came into my life, I wasn’t riding, because of injuries that I’ve had over the past few years. I have two chronic knee issues which have flared up in recent years. Add to that, two broken arms in the past four years, and riding had become difficult. Now that I have the e-bike, I’m loving cycling again. If it wasn’t for the e-bike, I wouldn’t be riding at all, so I’ve changed my mind and have decided that I’m better off to be riding an e-bike than not to be riding at all.

Last week, I rode 52km on the O’Keefe Rail Trail. This distance has been unthinkable in the past few years, but previous to that, it was a regular distance for me on the road bike. My Garmin watch tells me that the number of calories, I’ve managed to burn up while riding, is about the same as when riding the road bike. Of course, I’m not as fit as I was then, so the calories do add up quicker. It gets back to what I said earlier, that because of the e-bike, I’m now riding regularly.

I have found that the e-bike is difficult to transport due to it’s weight. I didn’t give any thought to that at all,  before I bought mine. I’m now looking around at suitable bike racks. I live 17km from the rail trail, so would like to be able to transport the bike there rather than ride there. 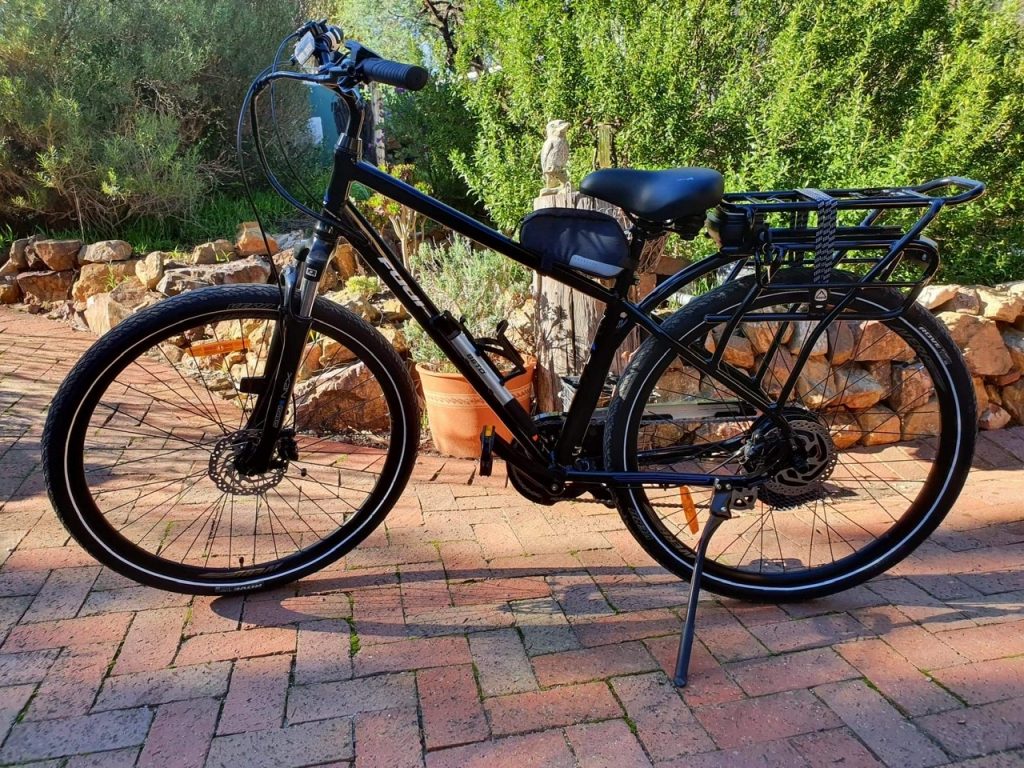 What I’ve Learnt About Ebikes

Do you ride an e-bike? Do you love it? I’d love to hear your thoughts and promise to reply to all comments. 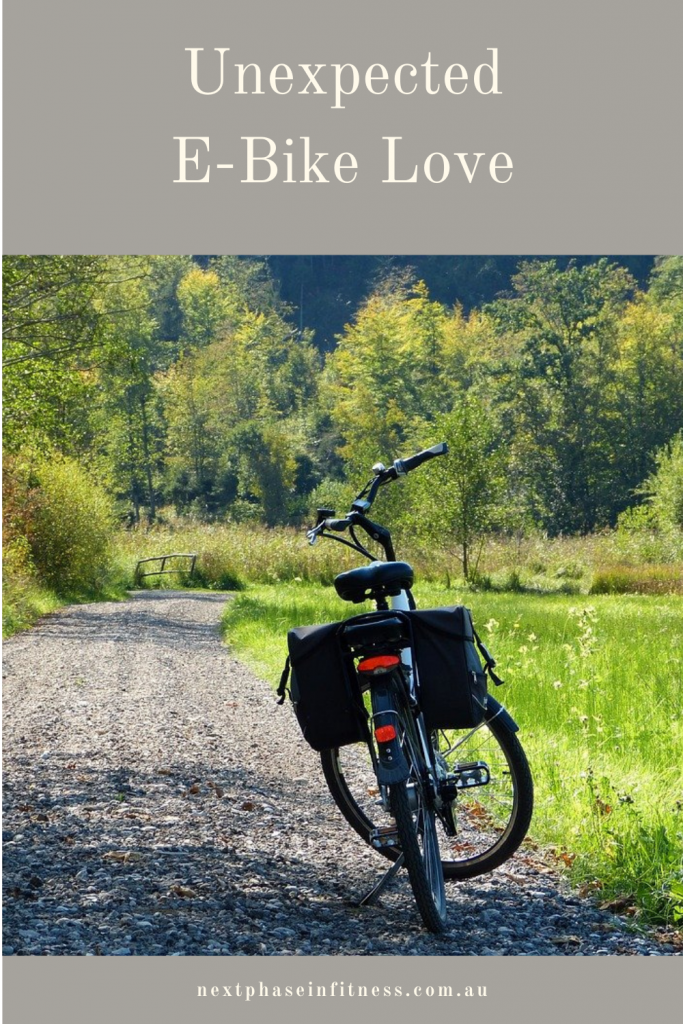